Soonicorns and future centaurs from Southeast Europe in 2022

The winter holiday season is a period filled with magic, and the startup ecosystem makes no exception. So far, 321 unicorns have emerged from the European startup scene, firmly positioning the continent as a global tech player. 28 were born in Central and Eastern Europe, with 9 added in 2021 alone.

What’s more, the pace at which companies reach a $1 billion valuation is faster than ever. It took Europe 7 years to breed its first 10 unicorns, yet the last 7 years generated more than 260. The increase in available capital is a vital determinant: 2021 was the year when European startups raised a record-level $121 billion, three times more than in 2020.

It must be noted that there is still a large geographic funding gap in Europe. At the top, countries like Sweden, Estonia, and the UK have a cumulative capital invested of over $1K per capita between 2017 and 2021, while countries in Southern and Eastern Europe generally record less than $70 per capita.

Yet the prospects of expanding available capital in the market, increasing participation from international investors, and the accruing effects in talent and know-how available created by existing unicorns and centaurs (companies valued at more than $100 million) announce that Southeast Europe, too, may be catching up in the following years.

With that in mind, The Recursive looked at the key tech startup candidates for becoming the soonicorns and next centaurs of Southeast Europe. For future unicorns, we selected companies with a valuation between $125-900M, and the last funding year being at least 2017.

Soonicorns and centaurs from Bulgaria

Bulgaria has not produced any unicorns, but it is getting closer than ever. The tech startup ecosystem has developed steadily in the last 10 years, with plenty of contenders raising multiple rounds in the last two years.

One of Bulgaria’s biggest tech success stories was Telerik, the software company acquired by American Progress in 2014 for $262 million. Its impact in the ecosystem illustrates why we need these myth-inspired companies. The deal further contributed to 40 new companies, millions of dollars of equity investments, and the Telerik mafia joining as founders in three of the companies with the largest funding rounds in 2021: Payhawk, Gtmhub, and OfficeRnD.

More than half of the candidates to become centaurs or unicorns are addressing the finance and insurance industries. This is not surprising. Almost one third of private European tech companies, as well as 4 out of 10 European companies with the highest valuations are fintechs.

Soonicorns and centaurs from Romania

Romania saw its first unicorn emerge in 2018 – robotics startup UiPath, now headquartered in the US. When it listed on the New York Stock Exchange three years later, UiPath had the third all-time largest IPO of a software company, $1.34B.

And since UiPath has taken off, the Romanian startup ecosystem has seen accelerated growth, with companies such as FintechOS and TypingDNA raising new rounds. At the beginning of 2021, the country got its second unicorn valuation, this time from the emerging blockchain sector. Elrond’s value propelled after launching its digital wallet and global payments app Maiar.

Here as well, the next unicorn seems a matter of time. Among the candidates, we see the overall growing importance of companies with a B2B focus, as opposed to consumer-oriented tech products and services, consistent with the European landscape.

Soonicorns and centaurs from Greece

2021 was a busy year for the Greek startup ecosystem. An extensive analysis shows 6 exits, over €500M in funding going in large percentages to 10 companies, and a unicorn valuation from PeopleCert, a company certifying professional and language skills. In addition, to the candidates below, neobank Viva Wallet has received $80 million in 2021 and its total value is already estimated at €1.8 billion.The next unicorn valuation, likely coming from proptech company Blueground, is a matter of “when” rather than “if”.

Soonicorns and centaurs elsewhere in SEE

In 2020, Croatia’s InfoBip became a unicorn after a $200 funding round. The company, offering a communication and customer engagement software platform, has since expanded into the business-to-developer segment after acquiring Shift Conference.

Slovenia has also joined the unicorn race when Outfit 7, a gaming company, was acquired for $1 billion by a Chinese investor in 2017. Another Slovenian success story, Celtra, a creative management platform for companies, received a majority investment by Symphony Technology Group in November 2021.

Elsewhere in Serbia, there is no unicorn yet, but several tech success stories have emerged, including Frame and, more recently, Nordeus. In 2018, the cloud-software company Frame was acquired by the American company Nutanix for $165 million, while gaming company Nordeus was acquired by Take-Two Interactive for $378 million in June 2021 – a huge exit for Serbia. This has given rise to the mobile gaming industry in Serbia. Similarly, in Bosnia and Herzegovina, sports betting software NSoft is helping develop the local startup scene

These may not be the last success stories in the region – companies like Croatian Rimac Automobili and ReversingLabs and Serbian Seven Bridges have noticeably increased their valuations in 2021.

The Romanian Government, through the Minister of Economy, has opened the applications for the National […] 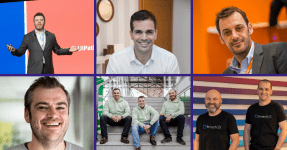 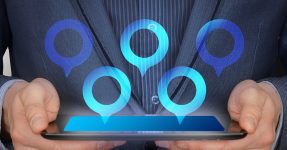 The fastest-growing tech verticals in SEE

As the end of the year approaches, many research and consulting companies worldwide announced their […]