The European mobile point-of-sale company with Bulgarian R&D and Corporate Development teams, SumUp acquired the Silicon Valley customer loyalty company Fivestars for $317M in a combination of cash and stocks. The acquisition would allow SumUp to expand its service offerings and bolster its presence in the US market, thus going into direct competition with market giants such as PayPal and Square.

The news follows the rapid growth of SumUp after it raised €750M in March this year with the aim to expand its international team, repay its existing debts, and acquire new clients organically and through M&As. Currently, SumUp’s mobile-powered card readers and SMEs sales technologies are used by more than 3 million retailers and over 30 markets across Europe, North and South America. The Y Combinator incubated customer loyalty company Fivestars is used by around 70 million customers and 12,000 merchants and SMEs across the US.

“The acquisition of Fivestarts is one of the many deals which have been conducted by the Bulgarian Corporate Development team in Bulgaria. At the beginning of 2021, we also acquired one French (Tiller) and one Lithuanian company (Paysolut), and part of our team also participated in a €1B investment round. People would expect that such big deals are conducted by teams based in long-established financial centers such as London, however, we have been doing this for the past 7-8 years with our Bulgarian team who has the market knowledge,” shares for The Recursive Stoil Vasilev.

Meeting the demands of merchants and SMEs

In short, what SumUp does is empowering merchants and SMEs to accept international card payments via card terminal devices that can connect to any mobile device via Bluetooth. Additionally, the POS company provides its B2B clients with a payment app and a platform.

For some time, the company has been focused on developing solutions that tackle the problems merchants are facing due to the pandemic. Therefore, the acquisition of Fivestars and its loyalty, marketing, and payment technologies, falls within the long-term strategy of SumUp to introduce products that fill tangible market demand.

The Sofia team of SumUp

Locally, the office of SumUp deals with engineering, product development, banking, operations, finance, and corporate development. The R&D team consists of around 300 people and is responsible for the development of the features of SumUp’s card processing device as well as for taking care of the financial and anti-fraud operations.

“The deal won’t have a direct impact on the Sofia office and will probably not lead to team expansion. Instead, it will accelerate the development of our global product,” says Vasilev. 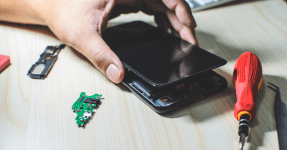 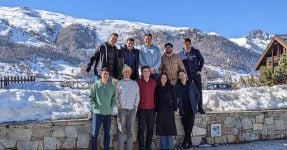 •    Neurolabs, the startup developing an out-of-the-box solution for synthetic computer vision that […]