Future of Work Home » News » Future of Work » The Growth Engines of SEE startups: who are the Chief Growth Officers and what do they do

The Growth Engines of SEE startups: who are the Chief Growth Officers and what do they do

Emerging technologies and new organizational structures lead to the emergence of new roles in the companies as well. We have already heard a lot about Chief Data Officers and Chief Digital Officers, but little is still known about the Chief Growth Officer (CGO).

A LinkedIn search for a CGO returns over 900,000 results and more than 2,800 job openings. Not every company has a CGO yet, but statistics show that those that do, are more likely to take a data-centric approach in every aspect of their decision-making processes with the aim to fuel growth. More specifically, CGOs are 36% more likely to prioritize new skills training, and 65% more likely to invest in marketing tech which explains why the role is often found in more tech-heavy companies.

So, who are the “Growth Engines of SEE startups”? The Recursive talked to four Chief Growth Officers from Bulgaria, Romania, and Greece to understand what is behind this job description -what responsibilities it combines, what skills it requires, and what it means to be a CGO on a daily basis.

From networking and developing new partnerships, optimizing business models and processes, to turning customer insights into actionable business objectives, the role of a CGO can be summed up in two words: aligners and enablers.

Alexandra Popescu-Zorica who is the Chief Growth Officer at the telemedicine platform ATLAS.app shares that her main responsibility is to develop the company’s ecosystem by connecting relevant partners, products, and services with their end-users. She explains that in order to enable meaningful connections and interactions, she always starts by collecting validated customer insights with the help of the analytics team or directly through research or customer discovery interviews. “As a mental health, wellbeing, and physical health platform, it is in our DNA to create meaningful user journeys and customer experiences, so we strive for continuous feedback loops both from users and service providers. Partnerships are equally important in our business model, therefore my role stretches also here, from identifying key partners, combining expertise, and building tailored solutions for our customers,” Zorica points out.

According to Dimitris Doukakaros, co-founder and Chief Growth Officer at the AI-driven platform for real estate decisions, Estate Brains, the CGO role blurs the traditional separation of sales, marketing, and product management functions in a company.

Read more:  Is there a secret recipe for building apps? Lessons learned from Eden Tech Labs
CGOs are able to keep a holistic view of these departments while strategizing for the future. People in this role have the customer-centric focus that breaks departmental silos and aligns teams to work towards a common goal. 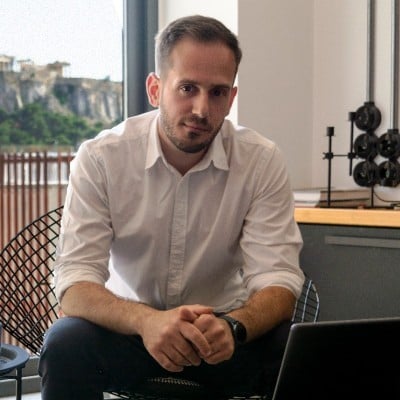 As a CGO in Estate Brains, some of his responsibilities include creating and implementing marketing strategy, identifying buyer personas and creating an effective pricing plan, translating marketing insights into sales activity.

Victor Stankov, CGO at the Bulgarian on-demand printing app Printt, shares that his goal is to not only find acquisition channels but more importantly to build a repeatable, scalable growth process. “Our community calls that the ‘growth engine’ of a company. Responsibilities entail everything from acquiring new customers, messaging, emails, product experience, user feedback, tracking and analytics, referrals, and the list goes on,” he explains. More specifically, his role entails optimizing every step of the marketing funnel, getting new customers for the lowest cost possible, making the in-app user experience frictionless, and running a heavy experimentation process across every stage of the user journey.

Another Bulgarian Chief Growth Officer, Zoran Arsovski, who is also the Managing Director of VertoDigital, and a former Head of Digital Marketing at Telerik and Progress, explains that the CGOs is a hybrid role and especially in the early-stage of startups, people wear multiple hats. As the company grows the role of CGOs becomes more structured and with a clearer focus. “Up to this point my function combined marketing and sales, so everything that falls within these two departments was in my domain. My responsibilities in sales include relationship management, pitching, attending business meetings, upselling, and account management,” Arsovski remarks.

The evolution of the Chief Growth Officer

As this is a relatively new role, it is normal that professionals occupying CGO positions started off from different fields. Alexandra Popescu-Zorica shares that since 2011 she has occupied various roles that had something to do with business development and growth, the last one being as Head of Innovation, Scouting, and Partnerships for a multinational insurance company. “You might say I have a passion for putting pieces of the puzzle together so roles like the one I have right now naturally come to me. I met @ATLAS.app people in March 2020 when we started to work together on a mental health project. Soon we realized that we share similar values so I officially joined as their Chief Growth Officer in August 2021,” she adds.

Doukakaros shares that as a co-founder of Estate Brains he has always been experienced in marketing, sales, and business development. At some point of the development of the startup, the co-founding team realized that in order to grow effectively, they needed a customer-centric roadmap that merges these functions with product development and the CGO role was created to facilitate this goal.

Victor Stankov explains that he has been specializing in tech startups growth roles for companies looking to scale after the product-market fit stage when the founder at his current company reached out and offered him to join.

The role has not really changed I believe, the fundamentals have stayed the same over the past 5 years. First, you need to have a full picture of the user journey to easily get the answers you need. Then work with a modern marketing stack that keeps you lean, lets you automate and free up time to run more active experiments, and last but not least pick quarterly KPIs and grow them. 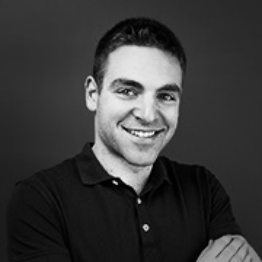 The skills needed to advance a business towards its objectives

“Empathy, courage, entrepreneurial mindset, and a bit of humbleness are what I believe to be the secret ingredients of a CGO,” Alexandra Popescu-Zorica says. “If you add experience with diverse business models, results-driven mindset, and end-to-end (e2e) accountability, you are lucky as an organization to have found the right person to advance your business towards its growth objectives.”

The co-founder of Estate Brains points out that the most crucial skills that CGOs need are having the ability to understand and communicate the vision effectively across functions. “One needs to understand the market and monitor the trends as well as have a deep knowledge of their customers and focus on innovation across multiple functions,” Doukakaros says.

Stankov explains that the main job of any growth manager would be to orchestrate a cross-departmental collaboration that ultimately solves problems for users and grows the business. “I am not sure what this skill is but let’s call it working with multiple stakeholders within every part of the company. This often means being part of every communication channel inside the company, and staying on top of all that is happening,” he highlights.

Read more:  Mental health at work: how can tech help get access to the right care

Arsovski outlines that according to him, the most essential skill a CGO should have is to understand the business that he/she is selling to.

The goal is not to have a full understanding of your product and service but to understand who you are selling to - their pain points, organizational selling structures, budget functioning, and KPIs identification. 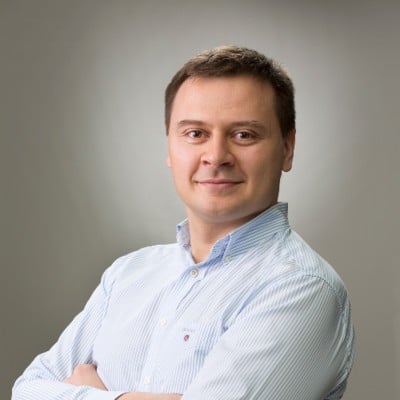 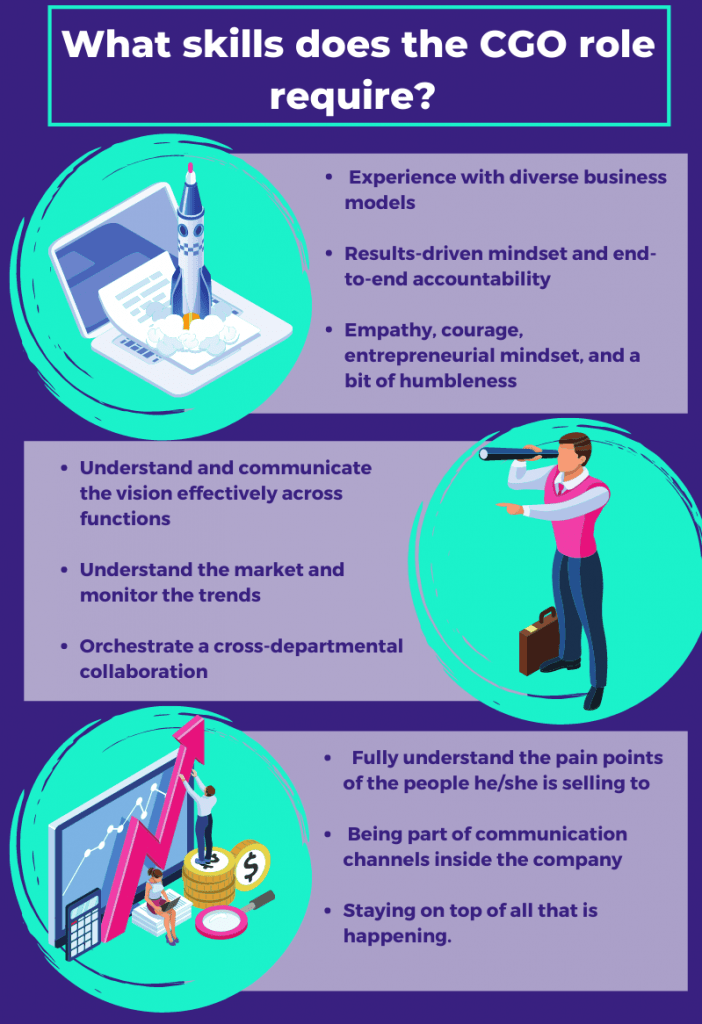 Why is traditional business growth changing?

According to Alexandra Popescu-Zorica traditional businesses can no longer grow the way they used to, 20 or 10 years ago, and executives acknowledge the need to change. “Some are proactive about it but many are still uncertain about the best way to move forward. While there may not be an obvious ‘best way’ to move forward, remaining paralyzed in the face of disruption and change is not a solution,” she highlights. Zorica explains that today, the only constant in our lives is change and the best way to navigate change is through courageous business iterations, even if many of them may lead to failure.

Traditional businesses carry with them important knowledge and expertise but that is not enough to thrive. Agility, entrepreneurship, growth mindset, empowerment are values that need to be fostered and mixed quickly within organizations in order to achieve speed and timely response to business opportunities. 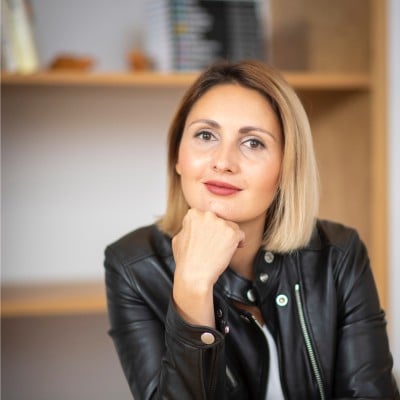 Similar to Zorica, Doukakaros believes that we live in a fast-paced and rapidly changing world that creates a lot of challenges for companies. “If you want to achieve the growth you need to constantly make decisions based on data and insights, that affect activities across all company’s functions. We need to cultivate a collaborative environment between marketing, sales, and product development teams in order to succeed at the best possible outcome towards our growth goals,” he remarks.

According to Stakov, traditionally the business growth responsibility has always fallen to the CEO or CFO role. And now that these objectives and KPIs are handed towards this new CGO role, the CEO can take on more of a leadership, inspirational and motivational role. 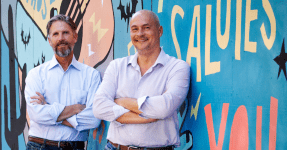 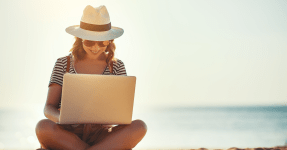 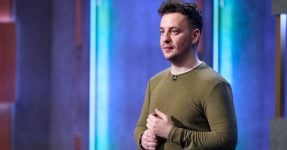