World Fund, a €350M climate tech venture fund launches today to become the biggest climate tech VC in Europe that supports founders who use technology to tackle the climate crisis. The initiator of the fund is the German tech startup Ecosia, the world’s largest not-for-profit search engine that plants trees for every search on its engine.

The idea of launching the fund came before the start of the pandemic in March 2020 when the founders of Ecosia and their climate tech network united around the idea to take more serious action against climate change. In a little over a year, with the support of 60 investors among which European climate experts and climate tech founders, as well as institutional LPs, the founding partners were able to raise the target size.

General partners of the new fund are Tim Schumacher, investor and founder of Eyeo, Craig Douglas, who previously worked for the Dutch climate fund SET Ventures, the Croatian climate tech investor and advisor Danijel Visevic, and Daria Saharova who previously ran the German proptech VC Vito One. Christian Kroll, founder and CEO of Ecosia, joins as a venture partner.

“We’re launching the World Fund because, in Europe, we have founders who have developed leading climate tech that provides the foundation for the most valuable companies of the next decade. But until now, European venture capital has been hesitant to take advantage of this investment opportunity. We want to change that,” Danijel Visevic says on social media.

Climate performance potential as a key indicator for funding

Тhere is one main prerequisite for all tech startups that aim to receive funding – their solutions should save at least 100M tons of CO2 emissions per year. The goal of the fund is to back the companies with the highest climate performance potential (CPP). In terms of specific verticals, the World Fund will look for tech startups in energy, food and agriculture, manufacturing, buildings, and transport. World Fund has recognized those as the sectors with the highest potential for decarbonization.

In order to assess CPP, the fund has developed its own methodology. In addition, as part of its standard due diligence procedure, the Fund will check various environmental, social or governance-related factors.

According to Tim Schumacher, General Partner at World Fund, VCs need to create a future where billionaires will not be those who accumulate money but those who actively build solutions that save billions of tonnes of Co2 emissions. “I’ve been investing in technology for over ten years now, both in regular software and in climate tech, and during that time my climate investments outperformed my other investments. Undoubtedly, one of the reasons for this is the caliber of people attracted to working on the largest problem humanity faces,” Schumacher, said.

Where is World Fund positioned within the European VC ecosystem?

As Visevic explains, Europe already has the research and innovation potential and political awareness to become a leader in the fight against climate change. But up until now, there wasn’t venture capital support that empowers climate tech founders to scale their ideas from the idea. World Fund will thus fill in this gap by backing startups from seed to early-growth stage.

Right now, more than half of the funding has already been committed and the first closing of the fund is expected to happen at the beginning of 2021. World Fund has already made its first investments in the two German startups RECUP that runs a deposit system for local restaurants and cafes and QOA that aims to develop the world’s first completely cocoa-free chocolate.

World Fund has set itself the ambitious target to help save 2 gigatons of emissions by 2040 which is the equivalent to 4% of all global emissions.

Speedinvest, the European early-stage VC with €600M assets under management, announced it will invest an […] 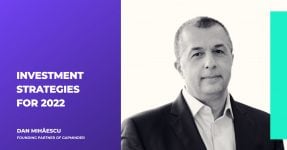 “The ecosystem is growing very fast these days,” Dan Mihaescu shares with The Recursive. We […] 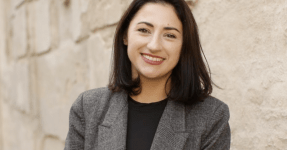 Lubomila Jordanova, Plan A: You don’t need to climb Everest, just pick a hill and go

Lubomila Jordanova is the co-founder and CEO of Plan A, one of the cleantech startups […]