After announcing the first closing of its new Fund II in January 2021, the Sofia-based venture capital firm LAUNCHub Ventures now makes the final seal of its fund at €74M. The final amount of the capital raised is beyond the initial target size of €70M.

The capital of the new Fund II is raised predominantly from private investors, including founders who have previously been backed by LAUNCHub Ventures, as well from the European Investment Fund (EIF) and the International Finance Corporation (IFC).

With the closing of its Fund II, LAUNCHub Ventures became the largest seed to Series A early-stage fund in the SEE region.

“Ever since LAUNCHub Ventures started in 2012, we believe that we played a transformative role to the local and to some extent the regional startup ecosystem. We are delighted to have witnessed how the aspirations of the founders have grown over the years, with every next generation having higher goals and changing mentality to achieve global leadership in the markets they operate in. It is a matter of time to see more and more amazing growth stories coming out of the region and it is our main goal to be able to be the early partner of these founders,” shares for The Recursive Lyuben Belov, Founding Partner of LAUNCHub Ventures.

Why does Fund II expand its target focus

In the next 3-4 years, Fund II is expected to invest in around 20 seed to Series A startups from South-Eastern Europe, and make follow-on investments in portfolio companies. The target verticals are SaaS, Fintech, Proptech, Big Data, AI, Marketplaces, Digital Health, Web 3.0, and Blockchain, while the ticket size will range between €300K and €2M. These investments can be part of larger funding rounds where usually the fund would lead them.

To put things into perspective, since the beginning of the year,  LAUNCHub Ventures has slightly expanded the range of the standard ticket size to better reflect the developments in the regional ecosystem and meet the needs of CEE founders. The change in strategy reflects the LAUNCHub Ventures’ ecosystem observations and lessons learned, as well as the transforming regional market dynamics.

“The VC landscape in the CEE has changed a lot and there is now more availability of money than ever before. This means that investors are able to commit to larger seed and Series A rounds which in turn leads to higher valuations and more competition among venture capital firms. This reflects the developing ecosystem and in order to fit in the market dynamics, we need to identify winners at earlier stages, ” Stephane Gantchev, General Partner at LAUNCHub Ventures explains.

The team of LAUNCHub shares that they aim to stay flexible and step in the development of companies in earlier stages. This means that they are open to backing very early stage promising startups with smaller check sizes and then support growth with follow-on investments.

LAUNCHub Ventures started investing in regional technology startups 10 years ago when the  €9M pre-seed stage Beta Fund was launched. In 2017, the venture capital firm increased its ecosystem impact with its €20M Fund I for seed and pre-Series A investing. Now, with the maturing CEE tech ecosystem, LAUNCHub Ventures Fund II is expanding its target focus and will invest in seed, pre-Series A, and Series A companies.

Up until now, LAUNCHub Ventures Fund II has made 9 investments across 5 geographies through the so-called warehouse mechanism. These include the rounds of FintechOS, Giraffe360, Ferryhopper, Kriptomat, Orbiit, and Rush.

The plans of LAUNCHub Ventures for 2022

The immediate plans ahead of the LAUNCHub Ventures after making the final closing, are to focus on getting to know as many companies as possible and shift all of the energy that was put into fundraising into meeting investment-worthy teams. At the beginning of 2022, the team of LAUNCHub will travel around the region to engage in ecosystem events, meet-ups, and different in-person formats.

They plan to reintroduce the so-called LAUNCHub Office hours in which they partner with regional organizations and ecosystem key players such as coworking spaces to meet and interact with local entrepreneurs. 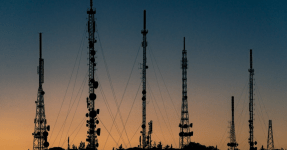 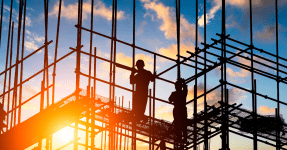 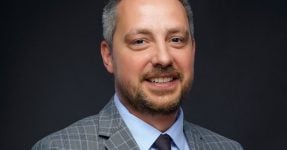