Dutch adtech company acquires Bulgarian PubGalaxy, riding on a wave of consolidation of the market

PubGalaxy, the Bulgarian monetization platform for independent website publishers, announced its acquisition by the Dutch media and entertainment tech company, Azerion, which focuses on the distribution, consumption, and monetization of digital gaming and entertainment content. The deal will further develop the monetization capabilities of Azerion and will reinforce its position in the Central European market.

“One of the key factors for our joint development in the future is the opportunity to realize synergies via this partnership. The popularity of Azerion in Europe and the products that they have under their umbrella will allow us to both build presence on the European market and add more value to our current clients. In the long-term these synergies will increase our market competitiveness more than we can do by operating alone,” Ivaylo Ivanov, co-founder and CEO of PubGalaxy said.

The Recursive talked with the CEO, Ivaylo Ivanov to learn more about what led them to close the deal, and what it will mean for the Bulgarian team of PubGalaxy and the future developments around their product.

Founded in 2014 by Pressian Karakostov and Ivaylo Ivanov, PubGalaxy was started as a result of the monetization and ad setup struggles that Karakostov experienced in his previous venture PhoneArena.com, the first media for mobile phone reviews.

In essence, PubGalaxy helps mid-sized and large independent publishers grow their impressions and optimize their monetization by increasing the revenues they gain from banners. The platform is used across the real-time-bidding (RTB) ecosystem which deals with the buying and selling of ad impressions through real-time auctions.

By combining algorithms and human expertise, PubGalaxy enables media brands to sell desktop and mobile content to advertisers around the world. Their platform is used for monitoring, analyzing, and optimizing ad results for media publishers and taking care of ad quality at the same time.

The Varna-based company has so far worked with over 300 publishers coming mainly from the US, UK, and Canada. Some of its clients include wccftech.com, AndroidHeadlines.com, PhoneArena.com, SegmentNext, ChinaGate, Fotor, and Novel Updates. PubGalaxy has been recognized as the second fastest-growing tech company in Central Europe in 2017 by Deloitte, and as one of the 1000 most inspiring companies in Europe by the London Stock Exchange Group.

For the six years it has been on the market, Azerion has developed an active acquisitions strategy for fast track horizontal business growth. The company has so far acquired some 38 companies coming from the digital entertainment and tech sectors. The goal of Azerion is to combine its existing businesses in one coherent and fully integrated platform.

The digital entertainment company has managed to extend its product offerings to casual games, monetization, and sales, both through proprietary and external solutions. Its first set of acquisitions were aligned with its focus to position itself in the gaming ecosystem, later it targeted companies that could help it enter into monetization solutions through ad sales. Most recently, Azerion has been focused on accelerating the integration of its platform.

After it raised €200M in bonds on Nasdaq Stockholm, the Dutch adtech and gaming company aimed to expand its presence in Europe which led to the acquisition of some Swedish tech companies, the last one of which Sublime.

What led to the realization of your acquisition by Azerion?

We have for a long time observed the market developments in our sector. We are a niche company and have a specific position in the ecosystem between the publisher and the advertiser. In this ecosystem, there are many intermediaries who offer, on one side, technologies, and on the other side different kinds of services. All of these players with different functions enable ads to make their “journey” from someone paying for the ad to the ad actually being displayed on a website. The advertiser works with an agency, the agency works with a tech platform that can buy ads in real-time, then there is a marketplace that enables real-time bidding, after that there are various tech companies that measure the data and enrich it. Across that ecosystem, PubGalaxy is positioned as close as possible to the website publisher, and our technology is used to help them get the maximum of the ad revenue.

Across this ecosystem of players, there are constantly new innovations that change the market dynamics. During the last couple of years, we have observed a trend of consolidations and as the big market players were experiencing slow growth, they began eyeing acquisitions of small players. Very recently one of our biggest competitors in the US acquired a smaller company, then some European companies followed the same example. It was then when our company also started to attract the attention of bigger players and we were approached by a US company that wanted to acquire us. At this point, we were not actively looking to sell the company, but the growing interest was kind of a catalyzer for us and we decided to keep an open eye.

We had an ongoing conversation with Azerion for a long time and knew some of the companies under their umbrella. As we were partnering with one of the sub-companies, we were already well-acquainted with their strategy. During the last couple of years, there were many companies that courted us, and at some point, I reached out to the CFO of Azerion to seek his advice about a company that wanted to acquire us. In reply, he said that they actually want to enter as a bidder.

What changes with the Bulgarian team and offices will happen as a result of the deal?

The strategy of Azerion does not entail that the acquired entities get fully integrated into the organization. Instead, if it makes sense from a business perspective, the acquired companies are left to operate independently in their home markets. PubGalaxy will continue to work as a separate unit, I will keep my role as the CEO of the company, and the team will keep its current strategy and focus when it comes to product development. Both the Sofia and the Varna offices will remain functional. At a later stage, we might go into further considerations in the long-term future.

How will the product of PubGalaxy be used in Azerion and what common goals will you pursue together?

Azerion aims to acquire companies across the entire advertiser-publisher ecosystem. They have direct sales companies that lead negotiations with the advertisers, they have gaming companies and a proprietary DSP demand-side platform with real-time bidding features. Therefore they aim to close the whole cycle between the publisher and the advertiser and eliminate the need to work with outside companies. The place of PubGalaxy along this horizontal ecosystem will be at the end of the publisher or the website owner. Azerion has under its umbrella a company with a similar solution to ours but we operate on a different market and are relatively smaller than us.

What does the future hold for PubGalaxy?

Our focus will remain on developing more automation technologies and reaching more clients. Right now we are working with a small number of big and medium-sized publishers, whereas in 2022 when we finish the development of the new product, we aim to enter the large segment of smaller-sized publishers.

On a different note, we have always targeted US clients, and even though we are a Bulgarian company we have only one Bulgarian client and few European clients. The footprint of Azerion in Europe is a stepping stone for our future opportunities to enter all European markets. 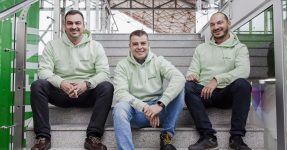 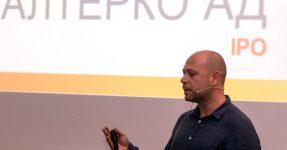 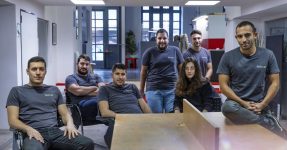