Lifebit, the cloud software genomics platform for unified, secure research over distributed big data, raised $60M in a Series B round led by Tiger Global Management. The round was joined by some of the previous investors Eurazeo, Pentech Ventures, and Beacon Capital. Lifebit will use the funding to expand its presence internationally and to invest more in customer success and team growth.

“We believe all biomedical data that can be used to save lives, should be used. People are dying because of how this data is being handled, and making distributed highly sensitive biomedical data usable while keeping it secure in place and combining it with other data has never been possible. Until now,”  Maria Chatzou Dunford, CEO and co-founder of Lifebit said in the press release.

According to Parker Moss, CCO at Genomics England with which Lifebit partners for the development of a research platform in response to COVID-19, one of the biggest challenges facing the precision medicine field lies in data governance. He explains that under strict national regulatory frameworks, there is a pressing need to leave all biomedical datasets at rest instead to analyse them alongside international datasets and integrate them through federated links.

“Lifebit’s technology addresses this issue – keeping patients’ data secure and privacy protected in our dataset while enabling researchers from academia and pharma to analyze this data collaboratively in conjunction with their other complementary datasets,” Moss remarks.

According to estimations of Lifebit by 2025, 500 million human genomes will have been sequenced which equates to more data amassed than YouTube and Twitter combined. But despite the growth of biomedical data, just a fraction of it is used for the discovery of drugs and precision medicine. Statistics of The World Economic Forum show that 97% of all data produced by hospitals each year is not utilized. The reason for that is because hospital data is subject to many government regulations, privacy, and security concerns, or is made inaccessible and unusable by legacy technology.

Read more:  The Greek “Alexa” of molecular diagnostics closes a €1.45М seed round

To unlock access to data and increase the drug discovery potential of biomedical researchers, Lifebit develops enterprise data platforms that can be used in-house by organizations that amass sensitive biomedical datasets. The genomics platform of Lifebit is able to understand DNA data and generates valuable insights which provide researchers with a scalable and modular system.

How was Lifebit founded?

Both Maria Chatzou Dunford and her co-founder have a background in Computer Sciences as they did a Master’s in Bioinformatics. While Pablo Prieto Barja started his career in the startup field, Dunford worked as a research engineer in research institutes. Later on, they decided to start working for an international genomics research institute in Barcelona, The Centre for Genomic Regulation (CRG), and did their PhDs in Biomedicine there.

This allowed them to meet with many people from the research and academic fields and to understand the industry problems. They observed that individual biomedical organizations and researchers were trying to build their custom software and hardware to turn their biomedical datasets into actionable insights. Therefore, they realized that by combining their expertise they would be able to fill in the gap and build the technology that would allow researchers to automate the process.

The journey of Lifebit and the future of biomedical research

So far, Lifebit has clients from both the public and the private sectors. It has signed a contract to support the implementation of Hong Kong’s first population-scale genome sequencing initiative, the Hong Kong Genome Project, as well as a partnership with German pharma giant Boehringer Ingelheim. The biomedical company has also won a contract from the UK government to power Genomics England which is a pioneering project in population genomics. It has received the recognition of leading international healthcare and biomedical associations such as The Global Alliance for Genomics and Health and the Alliance For AI in Healthcare, and it has secured compliance certificates from HIPAA and ISO.

Having a team of around 65 people spread across the UK, Portugal, Spain, and Greece, Lifebit will use the raised $60M to fuel its team and international market expansion, as well to focus on customer success and onboard more clients. The company will aim to double its client base by providing more support to both new and existing partners. Lifebit also plans to use the software scaling expertise of its lead investor Tiger Global to accelerate product development as it reaches new markets. 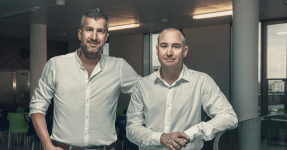 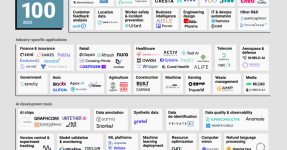 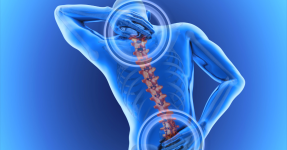