With almost 200 000 highly-educated and multi-linguistic students, out of which 30% are international talents, attractive geographical location at the heart of CEE, a population with high purchasing power which makes for a great test market, and a tradition of corporate openness to innovation, Vienna has emerged as a hub between the West and the CEE, a gateway to the DACH market, and the perfect starting point for market expansion.

Considering all of that, it is not a surprise that over 40% of founders in the Austrian startup ecosystem were born in another country.

The appeal of the international startup community towards Vienna is evident as results from the European Startup Initiative survey show that the 700 founders voted the Austrian capital as one of the top innovation destinations. In light of the approaching mega summit ViennaUP’21 digital, part of which will be the virtual event Open Vienna – A Thriving Startup Ecosystem targeting startups that aim to scale internationally and use Vienna as an ecosystem bridge, The Recursive team took a deep dive into the Austrian innovation and business landscape to understand which are the elements that make Vienna one of the top rising startup hubs in Europe.

The “soft” and “hard” enabling factors: R&D and infrastructure

Even though the community-building element is the most important factor for one ecosystem to be considered a real bridge, one cannot miss highlighting the infrastructure capacities of Vienna. The city hosts 1 500 research institutes, and is the home to more than 25 000 expats from 90 nationalities, it has been ranked as the world most liveable city twice in a row by the Economist Intelligence Unit’s annual index which gave it a nearly perfect score of 99.1% for its stability, health care, culture and environment, education and infrastructure.

The importance that Austria places on investing in innovation is evident by the fact that its R&D to GDP ratio is nearly 4%, which makes it the second most dedicated country in the European Union, after Sweden, and the fifth among the OECD countries behind Israel, South Korea, Japan, and Sweden. Moreover, considering that the CEE hub ranks among the top three European countries and enjoys a success rate of 17%, it appears that the significant funding invested in R&D leads to fruitful innovation and business results.

One of the reasons behind these positive statistics could be that Austria is the top European country when it comes to business collaboration on innovation with higher education and research institutions. The innovation enabling legislation of the country further incentivizes companies to spend more on research and development as they can claim a research premium for their expenses on in-house and contract R&D that covers 14% of their yearly experiential costs. Moreover, the group taxation system encourages international companies to locate their headquarters and R&D departments in the country.

Startup Heatmap Europe’s data puts Vienna as one of the most trusted and desired startup destinations on the continent.

Initiator, coordinator, and supporter – the business and innovation perspectives

Even though Vienna is often referred to as being the “gateway to CEE”, its central role in the region is more about being a hub that connects East and West and that changes the direction of knowledge and capital transfer – it breaks the stigma that innovation and financing flow only from West to East and shows that in reality the European startup ecosystem is built in a cooperative effort among peers. Vienna’s location allows the city to become a platform that attracts not only Western startups and investors that want to reach the CEE market but also CEE investors and founders who want to expand to the West.

The role of Vienna as a CEE hub is mostly determined by the fact that the city is home to regional players in financial services such as Raiffeisen International and UNIQA, it is also the regional headquarters of internationally significant and recognized firms including Henkel, Mondi, and Lukoil, and the existence of many organizations, associations, and institutions that are interested in the development of the region and act as CEE promoters internationally. The startup scene of Vienna is growing with big investments in R&D and innovation clusters in life sciences and urban and environmental technologies, and gradually developing into a knowledge-based economy. Being home to many international financial institutions, Vienna has taken the role of a coordinator that collects, monitors, and disseminates financial data to the CEE stock exchange in order to guide investors.

Innovation verticals in the spotlight

With more than 820 companies in the biotech and medical engineering field, the health-tech innovation vertical generates about 6% of the GDP of Austria and there are some 52 000 employed in the industry. Furthermore, almost every second medical technology and diagnostics company is situated in Vienna, which strengthens the position of the city as a biotech hotspot that connects key players in the sectors. In order to boost idea-sharing and stimulate the creation of added-value partnerships, Austria has developed BiotechGate, which serves as a global lead generation and intelligence platform for life sciences and offers up-to-date information on companies from the biotech and medtech sectors. Specialists, entrepreneurs, and investors who are excited about life science technologies from all around the world use the database to identify enticing opportunities and find business collaborators, customers, and supply chain partners.

One of the main drivers of biotech innovation in Vienna is the infrastructure and the existence of many incubators, science parks, and research institutes that enable the transfer between science and technology. The capital of Austria is home to one of the leading biotech research centers in Europe – the Campus Vienna Biocenter, where specialists are innovating in the fields of neurology, oncology, precision medicine, and immunology, as well as vaccines research. Moreover, the focus in higher medical education in Austria – in universities such as the Medical University in Vienna, the Innsbruck Medical University, and the Medical University of Graz, is on interdisciplinary research with the goal to increase the innovation capacities of the students. There are also non-university academic organizations such as the Austrian Academy of Sciences and the Institute of Science and Technology which enable the practical application of bioscience research.

Read more:  Startup Cities in SEE: Who is Who in the Emerging Cluj Ecosystem?

With so many innovation enablers, which are the biggest biotech success stories in the ecosystem of Vienna? According to the ranking of Seedtable, the most promising startups in the sector as of 2021 are:

Besides domestic biotech and medical engineering companies, many foreign life sciences startups have chosen Vienna as their innovation destination. In the city are located the global cancer research center Boehringer Ingelheim, the European headquarters of the company for development and production of biopharmaceutical for rare diseases Shire, ottobock, which specializes in the research and development and the production of high tech prostheses, Novartis, which is focused on biotech research and the production of generic drugs, and Bionorica, which specializes in medical analytics and the company that develops innovative medicines form human plasma Octapharma.

Other verticals where Vienna appears to have particular strengths when taking into account the startups’ successes, which the ecosystem has witnessed in the past years, are fintech and education technologies. Very recently Bitpanda – the fintech broker that specializes in the selling and buying of Bitcoin and other cryptocurrencies, became the first Austrian unicorn with the closing of a $170M Series round. Other local fintech startups such as the insurance app Inzmo, the social trading portal wikifolio, and the platform that matches investors with selected startups PrimeCROWD are also achieving notable recognition. Among the stars in the edutech field are the code learning platform Mimo and the online tutoring platform GoStudent.

Read more:  How to mitigate the risk of ransomware attacks

Who are the enablers that transform Vienna into the CEE hub?

Vienna is home to the largest startup center in the CEE weXelerate, which is a hub for cross-country corporate innovation initiatives. It operates an accelerator program in the fields of Internet of Things, fintech and media, and gathers 20 distribution and service partners, 30 of Austria’s largest companies, and 100 selected startups per year under one roof. In 2019 the largest startup campus network Talent Garden was established in Vienna to provide coworking and innovation opportunities to local and foreign innovators by offering a space to work, learn, and connect through events.

Other enablers in the ecosystem of Vienna are the Austrian Research Promotion Agency (FFG), which is the national funding institution for applied research and development that aims to boost the capacity of the country to become a center for innovation and research. The Global Incubator Network (GIN) connects Austrian startups with international partners and facilitates access to the Austrian market by linking investors, incubators, and accelerators and providing its members with access to an international network.

The Vienna Business Agency is the ultimate organization for domestic and international companies that are looking for funding, advice, workshops, and assistance in setting up their business, finding the right office, and potential business partners. In order to provide support to startup migrants looking to locate their business in Austria, the agency has developed the Vienna Startup Package – a four-week program aimed at helping international founders familiarize themselves with the market dynamics of Austria and determine what are the best business opportunities for them to scale to the German-speaking market and above. Since the inception of the initiative in 2014, the applications from the UK amount to a total of 90, these of Romanian founders – 58, and 47 applications have been submitted from Bulgarian startups and 44 from US entrepreneurs.

Organized by Vienna Business Agency as part of the ViennaUP’21 virtual summit, the Open Vienna – A Thriving Startup Ecosystem event will take place on the 28th of April to give practical advice and market entry insight to founders who want to scale up their businesses internationally. Through presentations and Q&A sessions, fireside chats, and B2B networking sessions participants will be able to connect with key players in the ecosystem of Vienna, expand their network and learn more about the funding and innovation opportunities that the capital of Austria has to offer. 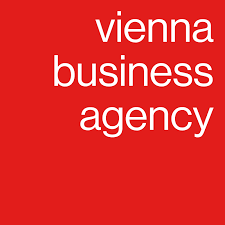 The Vienna Business Agency offers a “360° service” for companies in Vienna. This includes funding and advice, workshops and coaching for start-ups, assistance with the search for industrial space or office premises, contacts to potential partners in the technology scene or in the creative industries. 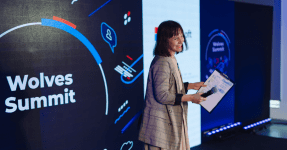 One of the flagship innovation and tech events in CEE, Wolves Summit, is just around […]