Humans is creating an open platform that uses AI to generate and manipulate Digital DNAs. These virtual identities, based on people’s voices, images, and gestures, can be used to create synthetic media, whose applications seem unlimited. Think, for instance, of creating book narrations by renowned actors, or shooting advertising videos with celebrities without the need for their physical presence.

Humans is backed up by a hyper-specialized team, consisting of software experts, computer vision PhD students, and international Olympic students.

“Through our permissionless platform and starting with synthetic media, we are making it easier than ever before to create all kinds of content at scale, and doing it in a way that ensures everyone who contributed is rewarded fairly through our reward mechanism. We empower everybody to build an AI, their ally, the exoskeleton for their ideas with the same agenda, with their objectives aligned,” tells Sabin Dima, CEO of Humans, to The Recursive.

Early adopters can join to create digital DNAs, validate AI decisions, create apps that shape the first use cases, and ultimately earn based on the generated usage.

The team chose blockchain to build a traceable and transparent environment for the platform users. Digital DNA creators will be able to distribute data securely, having complete control of its use.

Yet the use of AI can threaten blockchain security. AI’s very purpose is to learn and imitate human behavior, exposing humans to the risk of having their identities stolen by bots. By combining biometrics and the blockchain, tech leaders can keep user identities secure and controlled inside a distributed ledger system.

“The rapidly emerging synthetic media market is already known for what happens when people lose control over their digital likeness; we call them deepfakes,” shares Sabin Dima.

That is why Humans is developing the Proof-of-Human consensus mechanism, which requires proof of humanity and validates biometric data. This biological control key will verify and certify the identity of the person behind the digital DNA.

“Proof-of-Human is the cornerstone of our decentralised ecosystem. Everything that we do stems from the fact that we put ourselves at the forefront of this AI revolution. Humans become validators in an attempt to build the framework to contain, manage and govern AI,” adds the company CEO.

With Proof-of-Human, digital DNA creators will be able to distribute data securely, having control and ultimate decision making of its use. This governance system strengthens the platform’s identity management, eliminating the possibilities of personal data misuse and fake news. Behind every AI decision, there will always be a real person.

“We are levelling the playing field like never before in order to give everyone the opportunity to be in control of their digital uniqueness. While synthetic media can, of course, be used for commercial purposes like advertising, it can also be used as a way to customise educational content and create a more level playing field in finance,” says Sabin Dima. 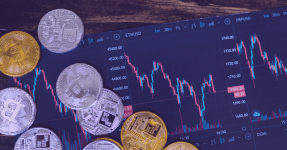 From the Wild Wild West to prioritizing value: What comes next for crypto

The storm will wash us clean. This seems to be the general sentiment among market […] 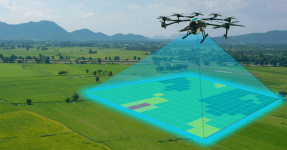 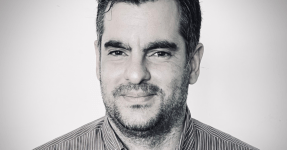 Immersive Tech: Greek Startup Magos is Working on Gloves That Can Touch the Intangible

Gregory Agriopoulos is the CEO of Magos. He has MSc in Electrical Engineering from the […]