Impact without borders: the diaspora story of the Bulgarian serial founder Michael Kowatschew

We often hear narratives about talented entrepreneurs, scientists, and investors leaving their home countries in the SEE to pursue a more opportunistic future in the West. Data show that only in 2020 more than 24 000 Bulgarians left their home country to immigrate abroad, which marks a significant increase as only a couple of years ago, in 2018, the number of Bulgarians who immigrated was around 16 000. Moreover, the fact that the biggest proportion of this number comes from people who are in their 30s and 40s, implies that the country is experiencing a “drain” of experienced and labor market-ready individuals.

And even though narratives about the bridge that these individuals create between the innovation ecosystems are less widespread, those are the stories that really matter. Diaspora entrepreneurial communities of the SEE countries are really making a positive difference abroad and today, we present you with one such story – that of Michael Kowatschew – a young entrepreneur from Bulgaria who has lived and studied in Vienna all his life and already has a couple of successful startup projects behind his back. This is the story of his entrepreneurial journey and his first-hand experience with building socially impactful ventures, managing big teams, acting fast, and trying to reconnect with his Bulgarian roots.

Between karate and entrepreneurship

Michael Kowatschew shares that it has always been his dream to become an inventor, then he decided to be a manager, and becoming an entrepreneur was something in the middle that combined the best of both worlds. Kowatschew associates entrepreneurship with karate – a sport that he has been practicing since he was five years old. “I went to lots of championships and lost a lot of fights in the beginning before I started winning and became a multiple karate champion. Spending so much time on the mat helped me build the right entrepreneurial mindset because it taught me to go with the flow but always learn from what I see and do,” explains Kowatschew.

While studying at the Vienna University of Economics and Business, he co-founded his first startup, the social app friendzone that helps users connect when they are in a new place, with three Bulgarian friends of his. After working on the idea for a year and a half, they eventually walked away from the project with lots of new knowledge and experience. Kowatschew shares that failing friendzone and learning from it made it possible to start NOVID20 when he was on an exchange semester in Barcelona during the first wave of Covid-19.

Read more:  Leading with empathy to fight social injustice with Iva Gumnishka from Humans in The Loop

He remembers that he observed how the number of Covid infected people was rising very fast in Spain and Italy, almost doubling by the day, while in South Korea numbers were decreasing gradually. Kowatschew then spoke with a friend of his in South Korea and found out that people there were using apps for more transparency in contact tracing. Thinking that it will be difficult for him to create transparency, but it will be relatively easy to develop an app, Kowatschew reached out to his two technical co-founders from friendzone, found a marketer and a UX designer to begin building an app after the South Korean model. He shares that the five of them started working at 9 PM one evening and in just one day their team tripled and was already separated into three departments. It was exactly then when Austria went into a full lockdown, so when Kowatschew posted on LinkedIn that the new team was working on a relevant solution, they received almost 200 applications in a matter of hours that included people occupying senior positions who brought invaluable experience to the young startup.

Initially, NOVID20 operated without any funding since people volunteered to contribute, and all of their costs for servers and software were covered by companies that sponsored the startup with small amounts. Kowatschew shares that what made the app unique was that it was ready on time and it provided the first such working European solution in times when cases were increasing every minute. By the beginning of April, NOVID20 launched in Georgia, partnering with the local government and within the first 24 hours, it was downloaded 150K times. The logic behind the B2G business model of NOVID20 comes from the fact that in order to be effective, the app should be used by at least 60 to 70% of the population in one country. Right now the app is still functional and working, but the download numbers, unfortunately, did not get to where they needed to be to create a significant impact.

Michael Kowatschew shares that at some point he realized that the team of NOVID20 had become self-sufficient and it was exactly then when he started talking with one of his current co-founders Matthias Strolz who had been a role model for him. Strolz who founded the political liberal party NEOS (The New Austria and Liberal Forum) in 2012 then invited Kowatschew to meet Farbod Sadeghian, an Iranian-Austrian tech-entrepreneur with whom the team behind the new company, ThePixelBeat, was completed. Together the three founded ThePixelBeat in 2021, a venture builder focussed on innovating in times of crisis and using market changes as an opportunity, especially in the field of Digitalization and Organizational Development.

The personal convictions of Michael Kowatschew that entrepreneurs have a vital role in quickly changing environments, clicked with the idea of Strolz to start a venture building company and Kowatschew joined the project as the third co-founder and a managing partner. “We will have a lot of problems and a lot of companies will be suffering in the next four years, so it is important to innovate and make use of emerging markets to build relevant solutions,” notes Kowatschew.

In terms of structure, ThePixelBeat has grown to adopt a distributed way of working and has one core team that organizes and coordinates everything in the organization, a team of highly experienced software developers, and an all-star team of many partners and experts who join for specific projects. With such a flexible model, ThePixelBeat achieves effectiveness and efficiency because they are able to employ the best talent for the particular needs of their clients. Kowatschew shares that in 2021 ThePixelBeat plans to expand its team and eyes Bulgaria as an attractive market for technical talent.

Being a very impact-driven individual himself, Michael Kowatschew believes that business leaders who choose to accumulate wealth before getting involved in philanthropy should change this mindset if they want to stay relevant in the coming decade. Michael believes that being impact-driven will even become a prerequisite for growing a successful business in the coming years.

Instead of building their own solutions, however, the team of ThePixelBeat decided to work together with corporates, SMEs, and startups to help them overcome the time of enormous change by offering them support in recognizing and adapting to the latest trends. Kowatschew shares that SMEs and non-tech startups usually need help in software development and digitizing their business models in order to adapt to the more digital environment created by the pandemic. “For us, it is very important not to be focused on what is now but on what will be happening in the next 5 to 10 years and prepare and develop for that time,” explains Kowatschew. Besides focusing on building organizational and technical capacities, the organization also works on developing an entrepreneurial mindset in the business clients it works with.

Kowatschew notes that even though he knows a lot of people in Bulgaria and likes the mentality that local entrepreneurs have, he does not feel as connected to the Bulgarian ecosystem as he wishes he was. He hopes that in the future he will be able to connect with more people from the local entrepreneurial landscape in order to contribute to the development of a bridge between the Bulgarian and the Austrian startup ecosystems. When it comes to the innovation opportunities that such close cooperation can bring to both sides, Kowatschew highlights that Bulgaria’s tech talent and Austra’s well-developed business corporate ecosystems can be mutually beneficial.

The fact that there are not so many software developers in Austria means that founding tech startups is harder than it is in Bulgaria, but on the other hand, he points out that Austria is more developed in terms of funding and mentoring as there are also more business angels and people with international business experience. 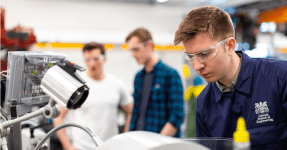 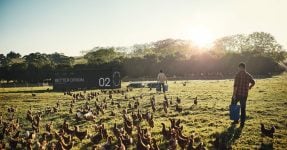 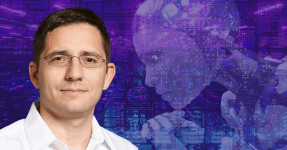 Prof. Martin Vechev, Professor at the Swiss ETH Zurich University, one of the world’s leading […]