Podcasts Home » News » Podcasts » If you want to go to the Moon, don’t be afraid of the acceleration with Hristo Borisov from Payhawk

If you want to go to the Moon, don’t be afraid of the acceleration with Hristo Borisov from Payhawk

2021 has been a spectacular year for Hristo Borisov. The co-founder and CEO of the Bulgarian fintech startup Payhawk and his team raised a 20M dollars Series A in the first half of the year, followed by a historic for the Bulgarian ecosystem 112M dollars Series B in November. The startup helps SMEs manage their expenses and has ambitious plans for expansion in the US, Europe, and the Asia Pacific.

Before becoming an entrepreneur, Hristo Borisov was a software engineer and a product manager at Telerik, the Bulgarian IT company which still represents the largest exit for the Bulgarian ecosystem. In the episode Hristo talks about how the culture at Telerik, which encouraged experimentation and building new things, helped him develop his product thinking.

In his conversation with Irina Hristo Borisov shares his playbook for building scalable products. According to him you have to be a firm believer in the problem you’re solving, identify a big market and make sure you understand the pain points of the customer.

But he’s also a passionate creator who doesn’t start a project unless he has a strong inner motivation. “I just can’t do things halfway. If I am not passionate about something, I can’t do it”, he admits. You will hear why and how Hristo went all in with Payhawk even though he didn’t have a safety net. As he puts it -it was make it or break it situation. But then he adds: “If you want to go to the Мoon, you shouldn’t be afraid of the acceleration.”

Hristo Borisov also talks about what is unique about startup founders from Eastern Europe – how their resilience and efficiency helps them beat the odds.

Watch the previous episode to hear advice from the co-founder of the digital leasing platform Bright Spaces Bogdan Nicoara on how to get the smart money investors on board.

Subscribe for The Recursive newsletter to get the episodes before anyone else. 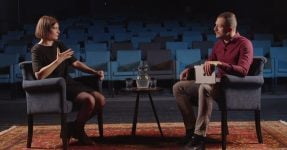 Next on The Recursive podcast, we meet a female entrepreneur who is passionate about business […] 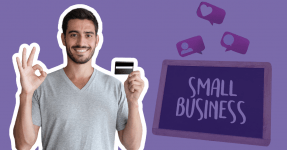 How can SMEs use embedded finance as a tool for growth?

How can SMEs use embedded finance as a tool for growth? With the support of […] 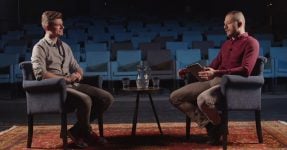 It’s a new year, and a new episode of The Recursive podcast. Our first stop […]